The Arianna Huffington + Furthermore Sleep Series knows that all good sleepers are alike; all bad sleepers are bad in their own way. When we asked you what your sleep issues were, you answered. A lot of things are outside of your control, such as a snoring bedmate or work stress that invades your thoughts at night. But there are plenty of variables that are within your control. To find out how to ID these bad habits, flip it and reverse it, we asked Arianna Huffington, author of The Sleep Revolution, and UCLA psychologist Jennifer Martin, Ph.D., for their take.

Arianna Huffington-We now know more about sleep than at any other time in history, and how important it is to every aspect of our physical, mental, emotional, and spiritual wellbeing. But actually getting enough sleep is harder and harder to do.

So how do we move from awareness to action? How do we incorporate this knowledge into our lives?

“It’s like eating at a fast food restaurant,” says Willis H. Tsai, MD, of the University of Calgary. “You know it isn’t really good for you, but you end up doing it anyway.” When it comes to our similarly unhealthy sleep habits, how can we stop “doing it anyway”? What are the first steps we can take to make changes in our lives? We can start with our ubiquitous electronic devices. Blue light, the sort given off by devices, is especially good at suppressing melatonin— which makes it especially bad for our sleep. In fact, a 2015 survey showed that 71 percent of Americans sleep with or next to their smartphones.

And is it true that we shouldn’t eat big meals right before bed? Yes—that bit of conventional wisdom is true, especially if you suffer from acid reflux, which afflicts an estimated 40 percent of Americans. I know the times when I’ve turned to food to help me power through to complete a project at night—when my body was actually craving sleep—I would often wake up feeling dehydrated and heavy. Of course, no two people are alike, so it’s exciting to become scientists specializing in ourselves, observing, analyzing, and experimenting with what’s best for our own sleep.

Many people believe that a quick drink before bed helps them get to sleep—and the ritual has been endorsed by authorities from Winston Churchill to James Bond. What they don’t realize is what happens in their body afterward. According to a 2015 study from the University of Melbourne, alcohol does indeed initially act as a sedative. But later in the night, it changes allegiances and acts as a sleep disrupter. “The take-home message here is that alcohol is not actually a particularly good sleep aid, even though it may seem like it helps you get to sleep quicker,” said study author Christian Nicholas, Ph.D. “In fact, the quality of the sleep you get is significantly altered and disrupted.” A study from the London Sleep Centre confirmed this, finding that “at all dosages, alcohol causes a more consolidated first half sleep and an increase in sleep disruption in the second half of sleep.”

We all respond differently to alcohol, but for me, waking up with a dry mouth in the middle of the night made it very clear that a nightcap too close to bedtime was just too hard for my body to process. Again, the key is to experiment with what works for you.

Jennifer L. Martin, Ph.D., FAASM-Life is busy. Americans are working more and sleeping less. The demands of daily life are many, and people feel they don’t have enough time for themselves. However, a Bureau of Labor Statistics survey that came out a few days ago shows that Americans, on average, spend between five and six hours a day doing leisure activities, doing things like watching TV (3 hours, 18 minutes), socializing (41 minutes) or exercising (half an hour). So why do I often hear from my patients, “The only time I have to myself is after 10 pm?”

Therefore, for many, the decision to stay up late isn’t due to a lack of lack of leisure time. Ironically, the reason most people stay up late at night with a screen in front of them is that they are tired.

The thinking behind this behavior pattern has to be turned on its head. First, one has to recognize the habits—or automatic behaviors and thoughts—that are associated with staying up late. I recommend the following steps:

(1) Measure your leisure time. The most important step to changing any habit is monitoring your own behavior. Log (on paper or electronically) how you spend your time in the evenings leading up to bedtime. For example, write down how you spent your time from your arrival home until bedtime, and then identify things you can eliminate or reschedule. Be brutally honest. How much time are you spending on social media and watching reruns? You’ve probably been creating (bad) habits without realizing it.

(2) Structure your night to increase your likelihood of going to bed on time. Using what you learned measuring your time allocations, create rules, such as no TV after 9 p.m. (or at all on weekdays) rule. Bedtime should not be determined by the end of an episode, but by sleepiness. The potential benefits of this policy are many, including decreasing sedentary time, increasing social interactions and upping the likelihood that you will get sufficient rest.

(3) Build your own reward system. If you truly enjoy "chilling out" in front of the television in the evenings, use this as a reward for doing the tasks that need to be completed—like cleaning the kitchen after dinner, paying bills or take-home work. In the beginning, you will be fighting the fatigue of the day, but over time, you will develop a new habit of completing tasks, and then truly be able to enjoy your streaming video reward. 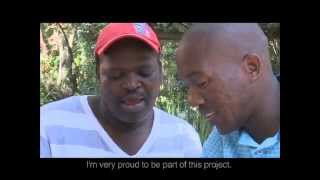 Ourhealth Citizen Journalism: How it all began

10 Early Signs and Symptoms of Alzheimer's

How to sleep better

International Day of the Girl

How to Promote Yourself Authentically to Gain New Opportunities